Share a memory
Obituary & Services
Tribute Wall
Read more about the life story of Robert and share your memory.

Robert Carmen “Bob” Marozzo of Libby, Montana, passed away on January 3rd, 2023, in Kalispell, Montana, at the age of 74.  At his request, he was surrounded by family and a close friend as he peacefully took his last breath, ready to join Maria in heaven.

Bob was born April 28th, 1948, in Havre, Montana to Carmen Arthur and Rosanne (Mischkot) Marozzo.  He grew up in the Flathead Valley, attending grade school in Evergreen, and graduating from Flathead High School in 1967.  As an only child, “Bobby” was adored by his parents and surrounded by loving family and friends throughout his childhood.  It was noted in his grade school report that “he enjoys school but is not an exceptional student; he plays too much”!  He became an Eagle Scout and loved the freedom of the outdoors.  He enjoyed time at the lake and helped his father build a cabin that still stands today (barely).  Bob went on to attend Carroll College where he met his wife, Maria Anna Woods and they married in November of 1969.  Maria once said she knew Bob was “the one” when she witnessed him take a moment to hoist a young boy up to the drinking fountain at the grocery store while they were shopping for beer on their way to a social gathering.  Bob and Maria worked hard attending college while raising two children and both went on to earn their degrees; Maria in education and Bob in accounting.

Upon completion of their degrees in 1973, Bob and Maria moved to Libby to begin their careers and ultimately raise five children.  Bob worked for J. Rucker Plumbing until being hired by WR Grace as a plant accountant.   He was very proud of the work he did and was committed to the company, but especially enjoyed his relationships with hard-working women and men of the Zonolite mine.  Summertime at the lake with family, winter snowmobile outings, being a private pilot, watching his children play sports, and owning/operating the Dairy Queen after his retirement from WR Grace were some of the highlights for Bob.  Bob liked cars, machinery, factories, and fixing things with his hands.  His volunteer hours at Turner Mountain provided great comradery and purpose as there was always a project to tend to.  Bob could be found many mornings at Henry’s Café having coffee with the guys and solving Sudoku puzzles.

A prayer service for Bob will be held at 1 p.m. Friday, Jan. 20, 2023, at Schnackenberg Funeral Home in Libby and interment of ashes will follow at Libby Cemetery.  For those that wish to attend, Father Pius of Saint Joseph’s Catholic Church will be holding a memorial mass at 10 am.

In lieu of flowers, memorials may be made to the Marozzo Memorial Fund at 6654 E. Maplewood Ave., Post Falls, ID 83854.  Alternatively, consider a contribution to your local animal shelter in memory of Bob; he loved his critters!

Arrangements are under the care of Schnackenberg Funeral Home of Libby. Online condolences and memories may be shared by visiting www.schnackenbergfh.com. 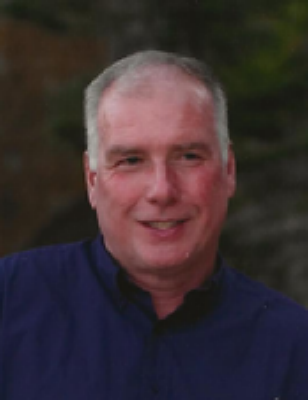