Share a memory
Obituary & Services
Tribute Wall
Read more about the life story of Phyllis and share your memory.

Phyllis was born on January 1, 1934 to Alta and Benjamin Applegate, becoming the second New-Years baby born in Muncie, Indiana that day. At the age of six, the family moved to Libby, Montana with her parents and siblings, where she attended school. Benjamin was a minister for the Church of God, and she grew up raised in the Christian faith, developing a deep love of Jesus. At the age of fifteen, she attended a dance with a friend, and there she met the love of her life, Wesley Hansberry. She informed him that she was not allowed to date until she was sixteen, and on her sixteenth birthday, he arrived at her home with a locket filled with his picture and asked her if she would go out with him. Ten months, later, they were married on October 27, 1950.

The couple resided in Warland, Montana for a brief period, and then moved north to Rexford to reside in the J. Neils Lumber camp for Wesley’s job. In 1952, they greeted their daughter Connie and moved to the Hansberry Ranch in early 1953. Their son Gary was born in 1954, followed by daughter Cathy in 1955 and son Randy in 1958. In January of 1959, Wes and Phyllis lost their son Gary due to complications of spinal meningitis. Doctors told Phyllis that Gary’s time on this earth was extended due to the loving and compassionate care that she and the family gave to him.

In addition to being a housewife, Phyllis kept the books for the Hansberry Ranch, and later for Wes Hansberry logging when they began their own logging business. She was a rancher’s wife through and through, assisting Wes however she was able, including driving tractor, throwing hay bales, and tending to the many calves over the years that graced her hallway to stay warm. After branding calves every year, she and her mother-in-law Helen cooked an amazing roast beef meal with all the trimmings for the family and the many friends that came to help. She was a wonderful cook and was always willing to teach her family new recipes, often letting her granddaughters make huge messes in her kitchen while making homemade milkshakes and cakes, all the while loving every minute of it.

Wes and Phyllis belonged to the local square dance club in the mid-1970s, and Phyllis also loved bowling and participated in the local league. She belonged to CowBelles, and her love of the Lord led her to join Christian Women’s Club through Stonecroft Ministries, even being the chairman for the Eureka area for a while. Phyllis enjoyed playing piano, accompanying her children in Christmas programs at Glen Lake School, and even playing a duet with her granddaughter Pam for her piano recital. Phyllis loved to worship through music and sang in the choir at First Baptist Church for many years, as well as being a church leader by filling the role of Deaconess. She taught Vacation Bible School many times, using the opportunity to spread the joy of salvation to younger generations. She always led by example, showing love and kindness to all that she met.

Phyllis became well-known for her beautiful embroidery and intricately crocheted doilies, providing them for auctions for church bazaars, Christian Women’s club fundraiser auctions, and other charity fundraisers throughout the years. She was an avid supporter of the Louise Burke Breast Cancer luncheon and gave these items to their fundraising auctions each year; as a breast cancer and colon cancer survivor herself, it was a cause very dear to her heart. Phyllis also made incredible peanut butter fudge and German Chocolate Cakes; these too were donated for fundraising and brought a handsome price. Her capabilities as a seamstress were unmatched; she made prom and ball dresses for her daughters, each of their wedding gowns, and dresses for her granddaughters over the years.

Phyllis always looked for an opportunity to serve her fellow man and be of assistance; she worked on county election boards for over forty years and served as a board member of the Lincoln Electric Cooperative for over twenty years. It was during travel for these meetings that she was fortunate to have met several country singers including June Carter Cash, Little Jimmy Dickens, and Willy Nelson. She also enjoyed participating in the local Red Hats Society and Tops and made many special friends there.

Love and support of family were core values for Phyllis, and she strived to make her love known. Coming from a family of ten children, she had the pleasure of having many nieces and nephews, each of whom she had a special fondness for and thought of like her own children. Her little sister Linda often spent time at her home, as she was close to the ages of Wes and Phyllis’s own children. Wes and Phyllis opened their home to family and friends for the holidays, inviting them for Easter, Thanksgiving and Christmas celebrations, as well as having dinner as a family as often as they could.

Phyllis loved to travel, and some of her fondest memories were taking trips with family members to visit other family in Indiana and Florida, trips to Canada and to the Northeast in the fall to see the foliage. Camping at the family’s property on Warland Creek was a highlight every year, and she went for the last time at the age of 87, still sleeping in her own camper. Gathering around the fire, sharing meals with family, and making Smores was always a favorite time for her. She often reminisced about these vacations and how wonderful it was to see new things but cherished her family’s presence there most of all.

Throughout her life, Phyllis displayed strength, love, honesty and loyalty to her family and friends. Her love of Christ showed through all that she did, and she diligently worked to pass that love and knowledge to others. It was a privilege and honor for all who had the pleasure of meeting her.

The family would like to extend our gratitude to the friends and family that came to visit Phyllis in her final months and for your friendship over the years. We also extend a very heartfelt thank you to all the employees of Edgewood Vista, where Phyllis spent the last months of her life. Our appreciation is beyond measure and your loving and compassionate care of our Mother and Grandmother will never be forgotten.

A Memorial Service will be held at 11:00 a.m. Wednesday, November 30, 2022 at First Baptist Church in Eureka, MT.  Arrangements are under the care of Schnackenberg Funeral Home of Eureka.  Online memories and condolences may be shared by visiting www.schnackenbergfh.com. 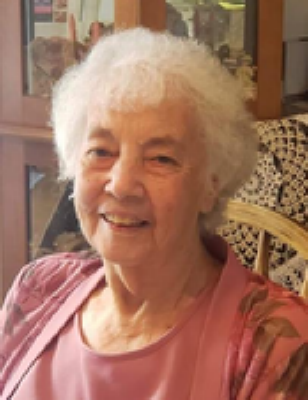