Share a memory
Obituary & Services
Tribute Wall
Read more about the life story of Albert and share your memory.

Albert J. Fantozzi, 84, passed away on January 13, 2023, in Libby. He was born to Corrado “Topsy” and Anna (Cada) Fantozzi on June 24, 1938, in Ural, MT. When Al was two, the family moved to Libby and purchased a home on Cedar Street. After attending Libby High School, he joined the Army and was stationed in Wurzburg, Germany until honorably discharged in 1963. Upon his return home, he started work at J. Neils Lumber Company as a millworker. Al was known for his hard work ethic and big smile to everyone who knew him. In 1969, he met and married Marcia Ackley, where they made their home on Nevada Avenue, and raised 3 children: Candi, Tony, and Tory. After 38 years in the planer department, he retired having seen the company purchased first to St. Regis, then Champion, and finally Stimson.

Upon his retirement, Al and Marcia moved to Bull Lake in 2003. Al was passionate about huckleberry picking and enjoyed getting up to his favorite pickin’ spots. If you were looking for hucks, “call Big Al.” He loved creek fishing and rooting for his favorite teams: Steelers, Yankees, Celtics, Griz, Zags and watching his grandkids play sports! He cherished spending time at Bull Lake with his family.

He was preceded in death by his infant son (1972), his parents Corrado and Anna, sisters Delores Hardy, Sophie Nellis, and Dorothy Dennis, including numerous in-laws.

A viewing with be held Friday, Jan. 20, 2023, 4-7 p.m. at Schnackenberg Funeral Home in Libby. Funeral services will be held Saturday, Jan. 21, at St. Joseph’s Catholic Church at 11 a.m. Cemetery committal with rendition of full military honors to follow.  A lunch reception will immediately following at St. Joseph’s Parrish Hall.

Arrangements are under the care of Schnackenberg Funeral Home of Libby, MT. Online condolences and memories may be shared at www.schnackenbergfh.com. 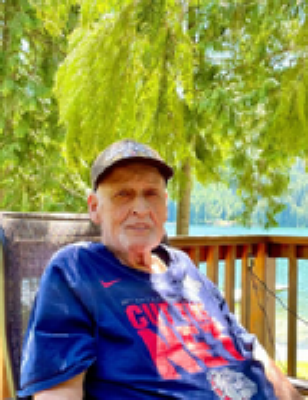